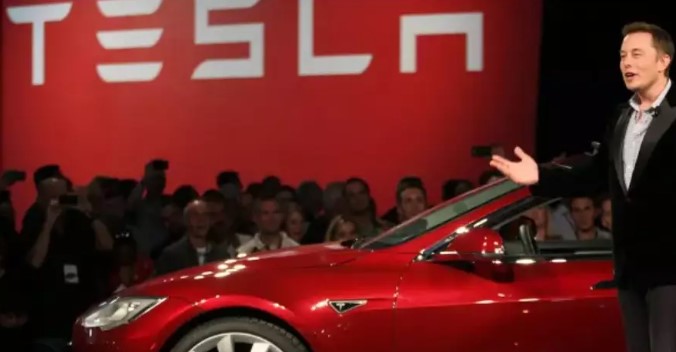 Throughout history, there are characters that transcend for their personality, the influence of their works in society and for their achievements. There are those who have associated his name with the automotive industry and this has made him very popular all over the world, and a very clear example is represented by the protagonist of these lines that follow.

Elon Musk will be remembered for several things in the future when he is no longer at the forefront of his many businesses.. The CEO of Tesla and also the owner of Twitter is one of the personalities of our days, for which he deserves, without a doubt, a post on this humble portal as a biography as we have done with so many others. His relationship with the engine is well known, but we want to go further and learn his story.

After introducing and breaking the ice with the protagonist who is going to focus the attention of this entry, it is time to get down to business and talk about Elon Musk in as much detail as possible and reveal the secrets that make him someone different and very influential. in our society. Here we go.

Elon Musk was born on June 28, 1971 in the city of Pretoria, South Africa.. Its origins the truth is that they do not seem very humble, but rather the opposite. Her father, Errol, was an engineer and her mother, Maye, was a nutritionist and also dabbled in modeling in her native Canada. That being said, in her childhood and adolescence she never lacked anything she needed to thrive and grow.

The ambition is seen to be something that his family carries in his genes, and that is that his other two younger brothers, Kimbal and Tosca: the first works as executive director of the advertising agency OneRiot and the second founded Musk Entertainment and exercises the film producer position. From a very young age, Elon Musk has had many concerns: at the age of 10 he received his first computer, a Commodore VIC-20, which he learned to program and, later, he sold the first space program he created to the magazine “PC and Office Technology”. called Blastar in exchange for an amount of 500 dollars.

The field of programming has brought him a lot of money, which he used to buy comics, computers and role-playing games.. However, philosophy is another area that has caught his attention since he was a teenager, since from the age of 15 he began to read leading authors such as Schopenhauer and Nietzsche. When he was 18 years old, his parents divorced and he emigrated with her mother to Canada, where he started a new life with his brothers, who also had to face financial difficulties to be able to study at some college. Even so, based on loans, work and effort they succeeded.

Elon Musk began his university training at the University of Pennsylvania back in 1992. He enrolled in Business Administration and Physics degrees thanks to a scholarship he obtained, studies that he finished in 1995 at another center: the Wharton Business School. However, he continued training to obtain a doctorate in Applied Physics and Materials Sciences from Stanford University (California). However, he decided to bet on what was his dream: to create his own company. Of course, to make it happen he had to resort to the financial help of his brother Kimbal and his great friend Greg Kouri. This was the first great adventure by which he began to build his world fame as an entrepreneur.

Convinced that the Internet was going to change the world from start to finish, in 1995 he created the company Zip2, a technology company that was dedicated to providing development, hosting and maintenance services to different media websites. These media had the possibility, within their platform, of offering additional commercial services to their readers.

Some time later, in 1999, the company was sold to Compaq Computer in exchange for 307 million dollars, a real barbarity of money, of which he received 22 million. With that mortar, Musk decided to reinvest in another digital sector, the electronic means of payment, and his next challenge took the name of X.com, what we all know today as Paypal.

He played the role of president and CEO of the company after putting $12 million on the table. In this project he was accompanied by the engineer Ho whom he already knew when he set up Zip2. Soon X.com merged with Confinity, a Silicon Valley daughter software company, resulting in the great payment system we know today. It would be in 2001, after endless internal discussions about the software to use (Linux or Microsoft), when it finally became Paypal.

His business worked great, as evidenced by the fact that in 2002 it billed 240 million dollars a year and that it was already beginning to be listed on the stock market. Faced with such success, eBay is interested in taking over the company. Initially, the sale was something that Musk and other people did not see, but when they raised the ante to 1.5 billion dollars, things changed and they sold it.

From that operation, he kept 180 million dollars as the majority shareholder of Paypal, an amount that he took advantage of to reinvest in 2 of his 3 main missions since he was in university: the conquest of space as a means of preserving the human race and the development of renewable energies. The other was technological advances and the Internet, and it seemed to her that she was already fulfilled with everything done up to that moment.

With this ambitious challenge ahead, Elon Musk allocates 100 million dollars to create SpaceX, 70 million for Tesla Inc and 10 million for SolarCity. The first of these was intended to make space travel more accessible to people by reducing its economic cost. The other two saw solar energy as an appropriate means for conserving the environment, through the contribution of energy for homes and the development of electric cars.

Tesla founded it in 2003, although the beginnings were not easy for him due to the problems he had with the co-founders. In fact, they ended up in court, but Musk got away with it and in 2008 he assumed the position of Executive Director and main creator of the products of the Californian factory that, in previous posts, we have shown you. Of course, the insufficient financing provided by their fellow travelers on this adventure made them draw up a strategy that, over time, proved to be wrong.

They bought bodies of the Lotus Elise to, later, put batteries, electric motor and controllers, which translated into a great increase in weight above 60 percent, so that the original crash tests were invalidated. The Tesla Roadster was the guinea pig and victim of that botch.

Everything changed when, with the domain of tesla.com and the Tesla trademark purchased, they began to design from scratch a premium 5-door electric car that boasted features typical of a sports car, the Tesla Model S. Of course, the suppliers The auto parts makers didn’t want to sell them quality parts, forcing Tesla to make them itself through vertical integration and, in the process, avoid their ruin.

Everything would later take shape and more and more cars came out of his work, as well as the gigafactories in Nevada and China. Since 2016 it has been merged with SolarCity, which back in 2011 became the largest provider of solar energy systems in the United States. In it Musk does not command so much, but delegates to his cousin Lyndon Rive the main responsibilities as CEO and co-founder.

Thanks in large part to the shares he owns in Tesla, in 2021 he was named the world’s richest man and person of the year by Times magazine. His fortune is estimated at about 218,000 million dollars and He considered in 2022 that, with all the money he has saved, it was a good time to take over his favorite social network: Twitter.

He put some 44,000 million dollars on the table to acquire it after many comings and goings, and made it clear what he wanted to do with Twitter under his tenure: make it a place to express oneself freely, take it public after transitioning to a private company, give the possibility allowing users to edit their tweets, making it open source so anyone can suggest changes or improvements, reducing the amount of advertising present, and the ability to get account verification by subscribing to Twitter Blue.

Regardless of all his business, Musk has many war stories to tell. With his foundation, he has been involved in many solidarity projects so that highly efficient solar energy systems are present in areas of the planet hard hit by natural disasters. On the big screen he has had his moments, such as when he made a cameo in the well-known series The Big Bang Theory or lent the SpaceX factory for the filming of the movie Iron Man 2, in which he also appears. Of course, his life has not had a pause and it seems that he is not going to have it. In the meantime, let’s enjoy his Tesla.