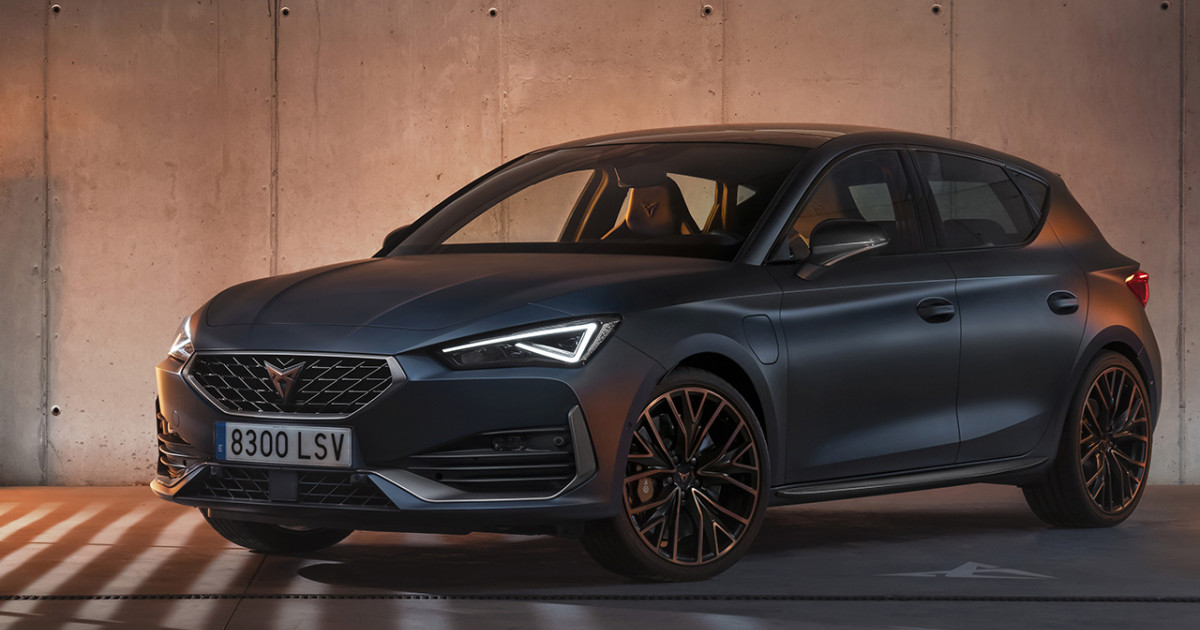 Car brands do not want to leave sports cars aside in their constant search to have the best and most sustainable offer possible. After all, lovers of this type of vehicle are an infinite legion and, in turn, an important market niche that should be satisfied. Seat knows well that through its Cupra brand, it intends to achieve that purpose.

That being said, at AutoUsaPremium, we will dedicate this new entry to talk about the Cupra León, which in 2022 updated its offer with new engines and equipment with which it intends to dazzle the staff. Will he get it, or will he die trying? To get an idea, it is best to analyze its benefits carefully along the below lines.

After having carried out the introduction of rigor and putting the Cupra León in context, it is time to get to the point and tell everything that this car offers, for which we will follow the usual steps of focusing on its exterior design, the mechanical structure that it contains, the internal equipment that it offers, the price at which it can be obtained and a comparison with another similar sports car that competes in its segment. to the mess

Talking about the Cupra León implies making it a compact with a sporty spirit framed in the C segment. It differs from its brother Seat León with the same name on several points on an aesthetic level, apart from what has already been roughly mentioned in its catalog of engines and equipment. However, it is necessary to indicate that it is available in two bodies: one with five doors and another family that receives the name of Sportstourer.

In any case, it is based on the MQB platform of the Volkswagen group, which allows the two bodies to have the same width (1.8 meters), but the family car is longer (4.64 meters compared to 4.37), and the 5-door is taller ( 1.46 meters before 1.45). Its trunk has different capacities based on the body in question: 380 liters for the 5-door, 620 liters for the Sportstourer family, and the plug-in hybrids are limited to 270 and 470 liters, respectively.

Compared to his cousin-brother’s Seat with the same terminology, the air inlets that it presents next to the front are larger; apart from the fact that it is its logo that presides over the grill, its bumpers are also different, its grille contains another bottom, and The headlights use full-LED technology. Differences are also observed in the wheel arches, so they look widened to accommodate tires and sports wheels.

Depending on the unit chosen, these may be accompanied by 18- or 19-inch alloy wheels. The aesthetic and practical alternatives it presents on the Seat have resulted in an 8 percent improvement in the aerodynamic aspect compared to its predecessor.

Flat lines predominate on the sides, apart from what has already been said about the wheels and their rims. If we go behind, we can see the light band also present in the Seat that runs the width of the vehicle, a new diffuser, a bumper that gains in sportiness, a spoiler in the upper area, and some exhaust tails that, according to version, they can be double or quadruple.

As mentioned at the beginning of the post, the mechanical offer of the Cupra León is one of the main novelties of its update in 2022. To be more exact, The new engines are, on the one hand, the Mild Hybrid 1.5 ETSI with 150 CV of power, and on the other, a 2.0 TSI with 190 CV with which it completes its offer of access to the range although endowed with better equipment than those that occupied this place until then.

The first of these can be carried on board by either of the two bodies, and thanks to this small electrical support, the Ecolabel of the General Directorate of Traffic (DGT) appears on its windshield.

The gasoline versions emanate from that 190 CV 2.0 TSI engine, available in three other power levels: 245, 300, and 310 CV. However, the last of those mentioned can only go on board with the family body, although it boasts a maximum torque of 400 Nm, 4Drive all-wheel drive that translates into better grip and extra traction, with the ability to go from 0 to 100 kilometers per hour in less than 5 seconds. Its top speed is 250 km/h.

For its part, the 190 CV can live with the 5-door and the Sportstourer. About the other two, it is crucial to indicate that they include a VAQ electronic limited-slip differential that provides better control and traction. The Cupra León also has plug-in hybrid units.

The plug-in hybrid motors bear the DGT Zero label; their batteries can be recharged in 6 hours with a domestic charging point or in half the time if you use a 3.6 kW Wallbox charger. Every one of the propellers is accompanied by a DSG double-clutch gearbox with cable control and electronic management. It dances between 6 (plug-in hybrid) and 7 (gas) gears.

The excitement of sports cars and driving comfort is provided by its DCC adaptive chassis, which can perfectly adapt to any terrain features. And in the style that the driver wants to carry out at the wheel, quickly and continuously. On the Seat, it is also distinguished from this prism since the suspension is lowered about 25 millimeters in front and 20 behind, accentuating the sporty character.

Its springs and shock absorbers are also specific; its suspension is McPherson in front and Multilink in the rear. In the 2022 update, there is also the novelty of its chassis being lowered by 25 millimeters to improve aerodynamics, such as the possibility of having 370-millimeter Brembo brakes on board on the front end, together with a knuckle only present on this car that supposes an additional 0.39 degrees of fall.

Inside the interior of the Cupra León, you can see a design similar to that of the Seat, but with the differences implied by its bucket-type sports seats, its specific steering wheel with the start button included, its customizable Digital Cockpit dashboard that also only it has and the copper-colored chrome details. The door frames are in dark aluminum, and the illuminated sills display the brand’s logo.

At the technological level, its infotainment system is embodied in a 10-inch touch screen as standard (12 optional in the highest finishes) in the center. This monitor features Retina or 3D browser technology and is compatible with Android Auto and Apple CarPlay. In addition, it includes a voice recognition system.

Just below is a tactile strip, which is used to change the temperature of the air conditioner. However, the lack of haptic feedback and lighting makes it difficult to operate at night. The seats offer three upholstery possibilities based on their manufacturing materials: textile, black leather, or Petrol Blue. The LED ambient lighting provides exciting functions, such as identifying blind spots and exit assistance; the driver can tell if a vehicle or cyclist is nearby before opening the door.

The driving aids are immense: predictive cruise control that feeds on the information given by the vision camera and a laser sensor to adjust the speed to the terrain and the marked limits; traffic jam assistant that controls the car in these situations, maintaining the safe distance and the lane, as well as managing the brake with Lane Assist Plus; emergency braking with anti-collision system, e-Call, etc.

With the concept car it represents, The Cupra León starts at around 31,940 euros, corresponding to the 150 hp mild-Hybrid unit. At the same time, the other extreme is the 245 hp plug-in hybrid version of the Sportstourer body with an appraisal of €45,140.

After counting how much the Cupra León offers, it is an excellent time to compare its benefits with those of another of its equals. On this occasion, we have chosen the Honda Civic Type R.

The Japanese sports car sees the light in 2023, and it has also become handsome for its launch. Its design, indeed, is devised under a concept similar to that of our protagonist, with a plus in terms of aerodynamics and exclusive elements both in its bodywork and interior. Yes, its spoiler in the rear is much larger than the one presented by the Cupra León.

The redesign of its exhaust promises more torque and top speed than its predecessor thanks to the improved power-to-weight ratio that it enjoys, and everything indicates that it will carry the K20C engine with 330 hp and 420 Nm under the hood, which It supposes a more significant performance than even the top of the range of the Spanish car. However, it contains a manual transmission, and it seems that, in the beginning, it will be limited to combustion.

Inside, it has a stopwatch to monitor lap times on the circuit, which positions it as a car more designed for the circuit than the León, which opts more for the city. This makes in his native Japan, it starts at about 35,740 euros which, due to logistics, could increase in Europe.