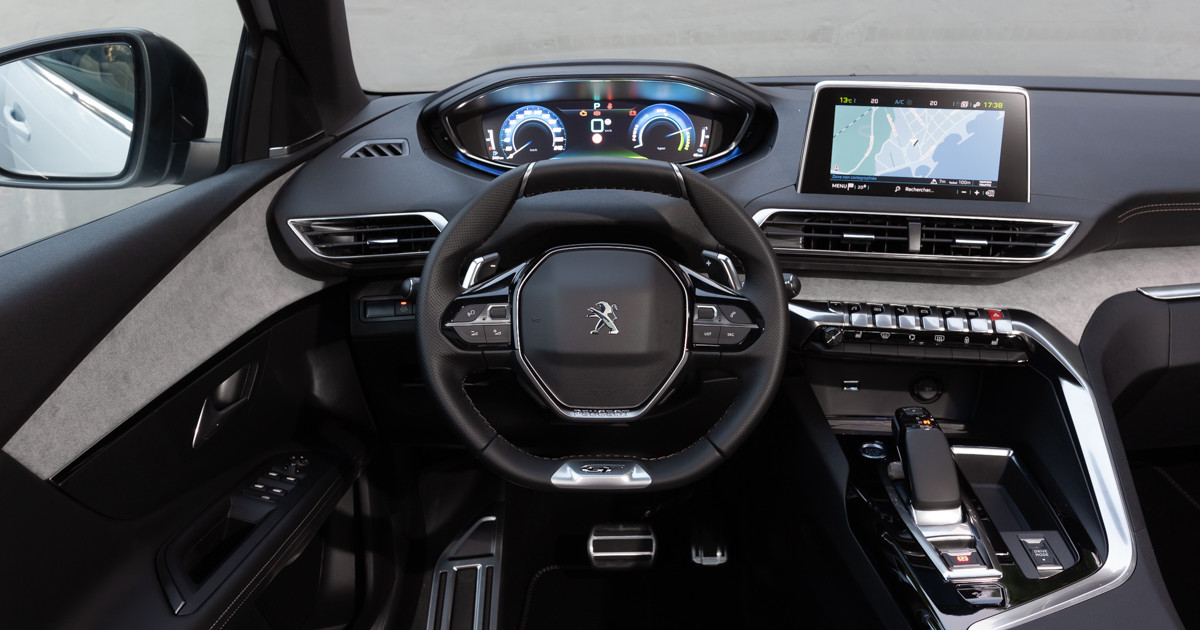 The year 2023 has undoubtedly been a very special one for Peugeot. We are not saying this because of any of the cars it has put on the market this year, but because a regular travel companion of all of them is celebrating. We have told you about it in countless reviews about the models of the lion brand, but throughout this post, we will talk to you in-depth like never before through these lines.

And it is that in AutoUsaPremium, we will dedicate this new post to telling all the details of the Peugeot i-cockpit, which celebrated a decade in our lives. The 208 was the first vehicle that took it on board, coinciding with its irruption, but from then on, countless more were added, taking advantage of its innovative features and possibilities. If you want to understand why it has become one of the hallmarks of the Gauls, we encourage you to continue reading.

Once we have put the Peugeot i-cockpit and what its appearance in their cars means, it is time to get down to business properly and tell all the keys that make it a practical resource in the day-to-day life of drivers who trust this brand. Here we go.

The first detail that attracts the attention of the i-cockpit as soon as you get into the passenger compartment is its steering wheel’s shape, which is compact and flattened in its lower area. In practice, it means greater comfort when undertaking maneuvers during driving time. A sign of identity that is not seen in any manufacturer, and that is what makes it unique.

Some people get used to it very quickly and take advantage of that advantage when driving, but some do not swallow it, arguing that it covers the digital instrument cluster too much. There are opinions for all tastes, but the time it has been around, and the millions of users who use it shows that it has brought more virtues than defects. In those Peugeots with an automatic transmission, the steering wheel has paddles that make gear changes possible in manual mode.

The digital instrument panel that usually incorporates precisely just behind the wheel is generally in a high position. An idea that has its raison d’être in the line of visual contact that is drawn between the screen and the driver’s gaze, and that allows him to keep it upright and perfectly see everything in front of him.

It is necessary to indicate that its digital instrument panel is fully configurable and which also currently offers a 3-dimensional vision that is pleasing to the eye, which makes the driving experience more immersive, and a head-up display with a lot of information provided based on the comfort and safety of the user on a 12.3-inch screen.

3. Three levels of use

The Peugeot i-cockpit’s utility comprises three levels of use that should be explained in detail. The first corresponds to the view offered by the instrument panel that we have just commented on and presented; the second is closely linked to the hands and the pleasant touch provided by the materials that make up the passenger compartment as a whole, which can be found and manipulated with some ease. This makes it intuitive. The third and last level to comment on is the great comfort the occupants can enjoy thanks to the seats it offers and the optimal support it provides.

4. It was tested in prototypes before it was released to the market.

To cover its back against what might happen, Peugeot first incorporated the i-cockpit into prototypes with which it was testing, tests that began to be carried out in 2010 aboard the SR1. The idea was brewing for two decades thanks to the concept cars that were appearing.

From there, the modus operandi has been replicated over time with other models and prototypes so that it fulfilled its function correctly:

The fruits of this work have been transferred to the series of cars that go on the market from the Peugeot factory.

5. A few keys to making it easy to control

In the evolution of the Peugeot i-cockpit, technological elements such as i-toggles or Toggle Switch have made an appearance, a kind of keys or digital switches intended to make the whole more intuitive. One of the first appearances of the Toggle Switch took place in the 3008, which came out in 2016 and allowed the user to access vehicle functions without having to access the menus of the multimedia system.

Regarding the i-toggles, they play the role that the physical controls of the air conditioner usually have. They are located next to the central screen, like an “open book,” providing a look and a technological quality that few manufacturers can boast. However, they also act as a tactile shortcut to call someone on the phone, listen to a particular radio station, activate an application, or whatever the user decides based on their most frequent needs.

To these original technological elements, we must also add the control called “OK Peugeot” for voice recognition, which makes it possible to access the user’s demands with the functions of the infotainment system in a straightforward and safe way. Driving aids have also undergone tangible development, with the support of 6 cameras and nine radars.

Functions include the Night Vision system or the Adaptive Cruise Control with Stop & Go. The automatic gear lever has also changed since that distant 2012 so that it has gone from being a short and ergonomic control called Shift and Park by Wire to a selector that lacks a lever. Two perfect examples of this solution are in the latest Peugeot 308 and 408 to 2022. Smartphones are also adequately served by it, thanks to the charging and wireless connection the user can use.

7. Cars that Carry it

With all that we have told about the Peugeot i-cockpit, it is pertinent to indicate some of the cars of the lion brand that has it incorporated on board in their cabin:

The French utility boasts a good value for money that we already highlighted on a previous occasion. Its habitat is the city, so with the i-cockpit, you will know what to do and where to go at all times, no matter how much traffic there is or something unforeseen appears that complicates your day since the comfortable atmosphere it offers will help you carry it all with optimism.

The protagonist in one of our previous reviews, the Peugeot 308, boasts a sporty character and an athletic appearance with which it surprises its own and strangers. However, it is also available in a family body with version 308 W. Its infotainment system offers an innovative control to make it easier for the driver to choose any gear modes (Reverse, Neutral, and Drive) in the manual versions. , or next to the gearbox if it contains an automatic transmission.

Peugeot’s primary sedan aims to rub shoulders with the greats of the D segment through a very high-quality appearance that is complemented by all the possibilities offered by the i-cockpit. A good combination of exclusivity and comfort can be enjoyed for an amount close to 40,000 euros.

The “small” SUV also had its entry in the past, and interestingly it was inspired by the 208 to be what it is today. Its different trim levels are separated by a distance less than what is customary in more traditional finishes. They are established from least to most significant endowment: Active, Active Pack, Allure, Allure Pack, GT, and GT Pack. The variety of textures offered by its materials, the ambient lighting, and the intuitive position of some of its buttons make the cabin more eye-catching.

In 2021, the Peugeot 3008 was the sixth best-selling car in Spain. The screen of its standard instrument panel is 8 inches, and the rest of its outstanding technological features are complemented wonderfully by the storage capacity of its trunk, which is 491 liters in all versions except plug-in hybrids. (395 liters).

The Peugeot 5008 is known as the 7-seater modular SUV, and it is common for a medium-sized car of these characteristics to accommodate up to 7 passengers. Its appearance is imposing on the outside, and on the inside, it is very well-equipped with technology. Next to the i-cockpit has a storage compartment in the middle of the two front seats, which, in turn, houses the USB socket and a 12-volt socket.