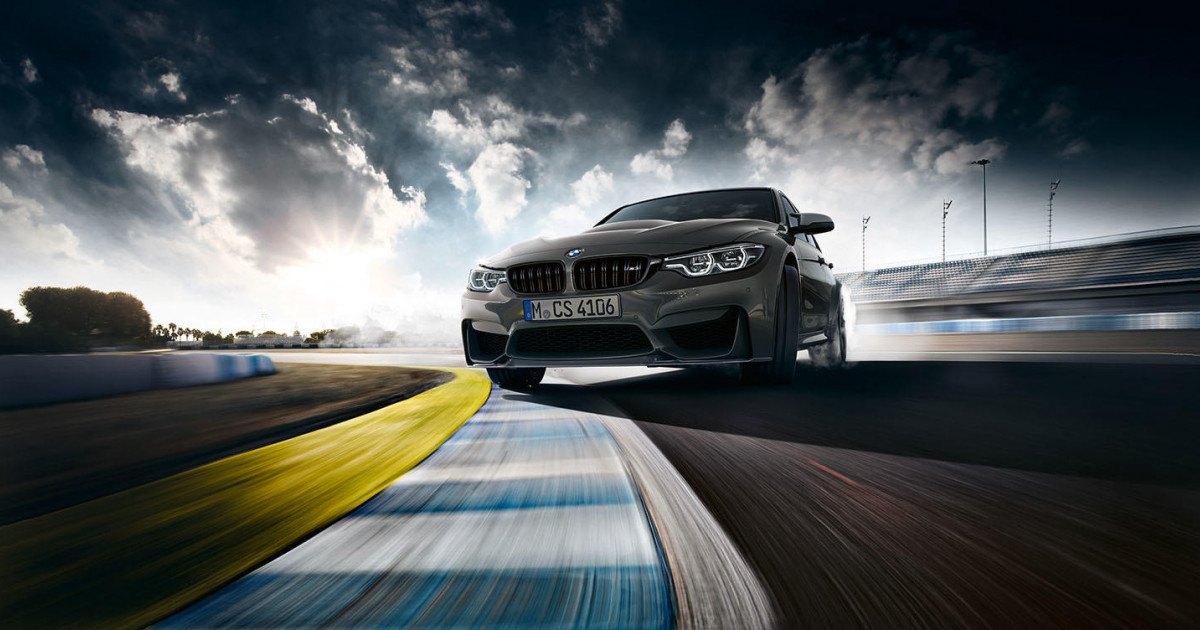 The emotions that sports cars arouse are of incalculable value for lovers of cars and, by extension, of the wonderful habit of driving. The most exclusive vehicle brands do not forget this important target, including BMW, which through its M division is going to release a new model throughout the year 2023. Surely many of you are rubbing your hands.

This is the BMW M3 CS, which represents a more radical version of the M3 to dry, with an indisputable sporting spirit that promises to delight the most daring drivers. That said, at AutoUsaPremium we are going to dedicate this new entry to it talking about all the features that have its benefits, so that you can assess if it is worth buying it and if you have the necessary economic capacity for it, of course.

Once we have properly introduced the BMW M3 CS, it is time to get to the point once and for all and address its properties from the 5 usual points of view in our reviews: exterior design, mechanical structure, internal equipment, price and a comparison with another model that moves in the same market niche.

To speak of the BMW M3 CS is to speak of a sports saloon framed in the D segment which adopts many aesthetic elements of the M3 that inspires him. To begin with, it retains the grill with double horizontal bars, the morphology of the bumpers and the large openings.

In the front area, the few novelties that it presents are embodied in a fine and discreet spoiler, which is made of carbon fiber. He will also have specific headlights that only he will have, so that his daylight contains a yellow color. The wheel arches are more bulky, where it shows off forged alloy wheels.

The same material also features in the roof panel and the inserts in the lower rear area., apart from the exterior rearview mirrors or the other thin spoiler located on the edge of the trunk lid. The purpose of the notorious presence of this material is none other than to reduce its weight as much as possible. The rear area will look more similar to what the M3 is used to, since it contains the quadruple exhaust outlet and a large air diffuser. However, unlike its counterpart with the M4, the BMW M4 CSL, it will not have the wing in the form of a duck tail.

Because of how it’s focused, it’s expected to have a very low drag coefficient. However, its availability and manufacturing will be limited, according to what is rumored, to the year 2023 with only 50 units, so you will have to hurry to purchase it. We cannot get more aesthetic details than those offered by the photos in which the BMW M3 CS appears rolling along the old Nürburgring track on the occasion of the tests carried out by the Munich brand.

The great novelty of which the BMW masterpiece boasts is located under its hood. And it is that Its 3.0-liter, twin-turbo, 6-cylinder engine will gain in power, specifically it is expected to rise in this regard to approximately 540-550 CV. A fact that could be higher by about 40 CV when compared with the M3 Competition.

Along with that engine an 8-speed automatic gearbox will work, something that may not excite those who are passionate about sports cars. There would also be the xDrive all-wheel drive system. Its wheels have carbon-ceramic brakes that, in turn, are made up of discs that boast a large diameter.

The most normal thing is that it continues to have BMW M TwinPower Turbo technology, as did the previous version that arrived in 2018 and that allowed it to accelerate from 0 to 100 kilometers per hour in a matter of 3.9 seconds, who knows if that record is still valid? more spectacular with its light weight and power gain that you will enjoy. What seems more likely is that it will retain its top speed electronically limited to 280 km/h.as well as that heavenly sound from its four exhaust pipes, which remains current.

The average consumption approved by its predecessor was about 8.3 liters per hundred kilometers traveled, while its carbon dioxide emissions in this sense stood at 194 grams per kilometer. These two aspects, when they come to light definitively, will have to be looked at with a magnifying glass taking into account the restrictions that will come from 2023.

The interior of the passenger compartment of the BMW M3 CS is the biggest unknown of its set, since no image has been leaked in this regard. However, what is talked about is the highly privatized aspect of the windows and rear windows, which means that there is great secrecy around the rear seats.

Ahead it is clear that its structure is going to be constituted, to a large extent, by carbon fiber and upholstery in Alcántara, as well as a larger screen than the M4 CS for the infotainment system. Some people think that this secrecy around this part of the cabin has to do with the possibility of equipping a special package that does without the rear seats and that, instead, a closed bench is placed in the style of the two-door version. . In any case, there seems to be no doubt that, as soon as you get into this car, you will breathe an incredible sporty atmosphere that is intended to delight lovers of this type of vehicle.

The price is another extremely important aspect that is unknown, but what is certain is that the economic amount to pay to enjoy it will be very high. suffice to say that the version that came out in 2018 could be obtained in exchange for 129,600 euros. Almost nothing.

Once all the known details about the BMW M3 CS have been told, it is time to take a closer look and get a more precise idea of ​​what we still cannot tell, such as the dimensions, the technological equipment, performance details and the exact amount to to pay. For a reference, this time we have turned to the Alfa Romeo Giulia GTAm.

The Alfa Romeo Giulia GTAm drinks a lot from the world of competition, specifically from Saubersince its aerodynamic kit was developed by its Sauber Engineering department: new front skirts, an active front splitter, a specific rear wing and a large air diffuser.

In the version that arrived in 2021, it enjoys 540 CV of power, the same as the GTA to dry, but in its favor it must be said that it is lighter. Its engine also has 6 cylinders, although in its case arranged in a V shape and two turbos. Its gearbox is automatic with 8 gears, which in its case is called XF.

In addition to this structure in the cylinders, another difference is that its engine is 2.9 liters. Its acceleration is slightly higher than that of the first BMW M3 CS, with a step from 0 to 100 km/h in just 3.6 seconds.. That said, the concept is virtually identical to the BMW. Similarities are also observed in the preparation of the interior of the passenger compartment, specifically with regard to the materials used. And it is that the Alcántara upholstery is the protagonist in the seats, on the dashboard and on the doors.

This version has only two seats and a roll cage in its passenger compartment, characteristics typical of the competition that are used within a model that can also be used on the street. As a curiosity, the buyers of this beast receive a helmet from the Bell brand as a gift and a competition suit from Alpinestars.

That said, the Alfa Romeo Giulia GTAm was valued at 180,000 euros, we say it was valued because its units were limited to 500 and they were all sold. However, who knows if it is possible in a while to get a second-hand one. With the data outlined above on the first version of the BMW M3 CS, it seems difficult to think that its price will be at such a high amount, but you have to see the technological equipment it offers. Although it seems likely that it will combine prominent screens with physical buttons.

We will have to be attentive to the launch of our German protagonist and see what his potential really is, to judge if it is a better option than the Giulia GTAm and if it deserves the joy of enjoying it for those who have enough money. I hope that this post about the BMW M3 CS has seemed interesting to you, despite the fact that not all of its secrets are known, and that it has helped you to have a good time reading on our humble portal. We’ll read next time.