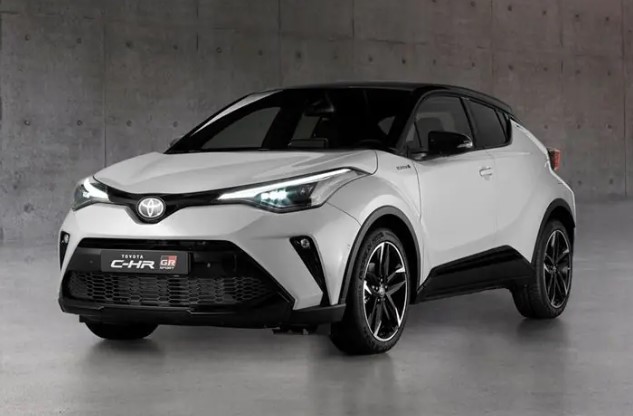 We have gotten tired of saying that SUVs are the fashion in the automotive industry and it seems that they are willing to stay here for a long time.. There are brands and models that have taken great advantage of this trend, especially, and that must be valued and, therefore, said through the lines of our humble portal. And that is what we are going to do this time.

At AutoUsaPremium we are prepared to dedicate this post to the Toyota C-HR, one of the flagships of the Japanese brand in the C segment. It boasts magnificent sales numbers, so readers deserve to know what is coming makes this car special, as well as having some idea of ​​whether it may be yours one day that you are in a position to buy it.

Analysis of the Toyota C-HR

Once we have put everything in order and context through the introduction, it is time to take action and describe everything that the Toyota C-HR offers from the 5 points of view that we usually use in our reviews: exterior design , mechanical structure, internal equipment, price and a comparison with a similar vehicle that competes in the same market niche. Here we go.

As stated at the beginning of this post, the Toyota C-HR is framed in the C segment of the compact. It is a crossover focused on urban environments whose name responds to the acronym Cool Hybrid Revolution. It is based on the TNGA (Toyota New Global Architecture) platform, and in fact it was the model that released it at the time so that others could use it later. It must be said that said platform responds to the purpose of hosting very diverse mechanics.

Regarding its dimensions, it is 4.36 meters long, 1.80 meters wide and 1.55 meters high. To these proportions we must add a wheelbase estimated at 2.64 meters, approved to accommodate up to 5 passengers in total inside its passenger compartment, although without excessive luxuries in terms of space. Where there are luxuries and elements that attract attention is in its aesthetics.

Its design exhibits a sporty character, as well as a sculpted and contoured silhouette that makes it shine in the eyes of any car lover.. On the front it shows some torn optics and a small grill that is made of plastic. On the sides it is more transgressive, with a wavy appearance that ends in a large spoiler, which is located on a generous roof drop.

As a curiosity, the rear door handle is located almost at the height of the roof, accompanied by elements that give it that crossover air such as unpainted plastic moldings throughout the length and width of the body in its lower area. Its bodywork, in the 2021 update, has three new colors: Olive Bronze, Iceberg Pearl White and Agate Gray. Also new are its 18-inch alloy wheels that accompany its wheels in the Advance finish. Finally, the capacity of your trunk is limited to a capacity of 377 liters.

The mechanical repertoire of the Toyota C-HR revolves around two hybrid units. The access unit houses, in turn, a 1.8-liter four-cylinder gasoline engine that coexists with an electric one. Together, enjoy 122 HP of power and a maximum torque of 142 Nm. Approves in the WLTP cycle an average consumption of 3.9 liters per hundred kilometers traveled. It must be said that the changes in the design of the set have provided 40 percent thermal efficiency

In the next step there is another option in which the gasoline engine goes up to 2.0 liters and 152 CV, which translates into about 184 CV of joint power between it and the electric one that accompanies it, as well as a torque maximum 190 Nm. In other markets it is sold with a 1.2-liter turbo engine, 116 hp and combinable with both a six-speed manual gearbox and another continuously variable automatic transmission.

Beyond the engine, it is equipped with a classic suspension scheme with a McPherson strut at the front and a multi-link arrangement at the rear. The traction offered in any case, is front, with no option to have all-wheel drive or rear. The set allows, in the words of the Japanese brand, a balance between dynamism and comfort while driving, especially with the automatic gearbox. Due to the flexibility offered by its platform at a mechanical level, It seems likely that in the future it will add 100% electric and plug-in hybrid versions to its offersince the two that have been commented are not.

Inside the passenger compartment of the Toyota C-HR, there are new features that are more tangible by the userso that in the 2021 update the most recent multimedia systems of the Japanese manufacturer are introduced: the Toyota Smart Connect and Toyota Smart Connect Pro. Both live next to an 8-inch touch screen, which is guarded by an asymmetrical dashboard.

From the company they report that the navigation of these multimedia systems makes it possible for the car to remain permanently connected without the need to use a smartphone, thanks mainly to the fact that it has its own data card. Either way, a phone can be connected wirelessly via Apple CarPlay or wired with Android Auto.

Features Toyota Smart Connect offers include real-time traffic and road event information, online navigation and over-the-air updates. They are free for the first 4 years, but after that period the driver has to pay a subscription if he wants to continue enjoying them.

The instrument panel is analog and offers a potentiometer. To give the whole a more attractive and lively look, Toyota has chosen to display blue details, as well as sports seats and an ambient lighting system that also uses blue.

Another novelty that should be highlighted is the virtual assistant, a voice agent capable of responding to natural conversation requests when interacting with the multimedia system. It should be noted that the Toyota Safety Sense security package comes as standard in all units, which includes the pre-collision system, pedestrian recognition, adaptive cruise control, lane departure alert, intelligent control of headlights highway and traffic sign recognition.

The extras are also tremendously varied, from its heated seats, through the intelligent entry system to a parking aid system.. The upholstery can also be customized as an extra with a partial presence of leather, and the same metallic two-tone paint. The trim levels are structured as follows, from lowest to highest endowment: Active, Advance, Dynamic Plus and Kaji Edition.

If there is a defect that can be blamed on this car, it is habitability, and that is that its small rear windows make visibility difficult for passengers. In addition, there is no extra space if three people have to travel in the rear seats.

All this being said, The Toyota C-HR starts from a price appraised at 25,900 euros and linked, how can it be otherwise, to the range access variant. If you want to have the hybrid version of 184 CV of power, you have to scratch your pocket a little more, since it starts at about 34,600 euros.

With all the secrets already told about the Toyota C-HR, it is a good time to compare its benefits with those of other models that you can look at, in principle, face to face. For this time, we have chosen the Kia Niro.

The Kia Niro gave birth to its second generation in 2022, which has a mechanical offer that differs from that of our protagonist in these lines, since In addition to conventional hybrid units, it also makes plug-in hybrid and fully electric available to the driver.. Precisely, the electric has more power (206 CV) than the variants of the Japanese car. However, with the passage of time, the mechanical section will surely be matched between the two.

Its design does have more similarities, with a sporty and visually attractive approach. Its traction is also front. Its dimensions make it a car that is longer (4.42 meters), wider (1.83 meters) and taller (1.57 meters) than the Toyota C-HR, which gives it a certain advantage in terms of habitability and comfort inside the car. cabin.

Its cabin does not suffer from technological or upholstery quality either, highlighting features such as the Coasting Guide, an assistant that recommends when to release the accelerator and step on it again to boost efficiency, the Greenzone mode to drive in electric mode or Predictive Energy, that adapts the performance of the engine based on the idiosyncrasies of the terrain and the information stored in the GPS.

Finally, its price range is wider, with a similar base price of around 26,500 euros and a ceiling of more than 50,000 euros with the electric variant. A priori, it seems like a better car in terms of habitability and driving, but with the update of the Toyota C-HR that is on the way, everything can change.