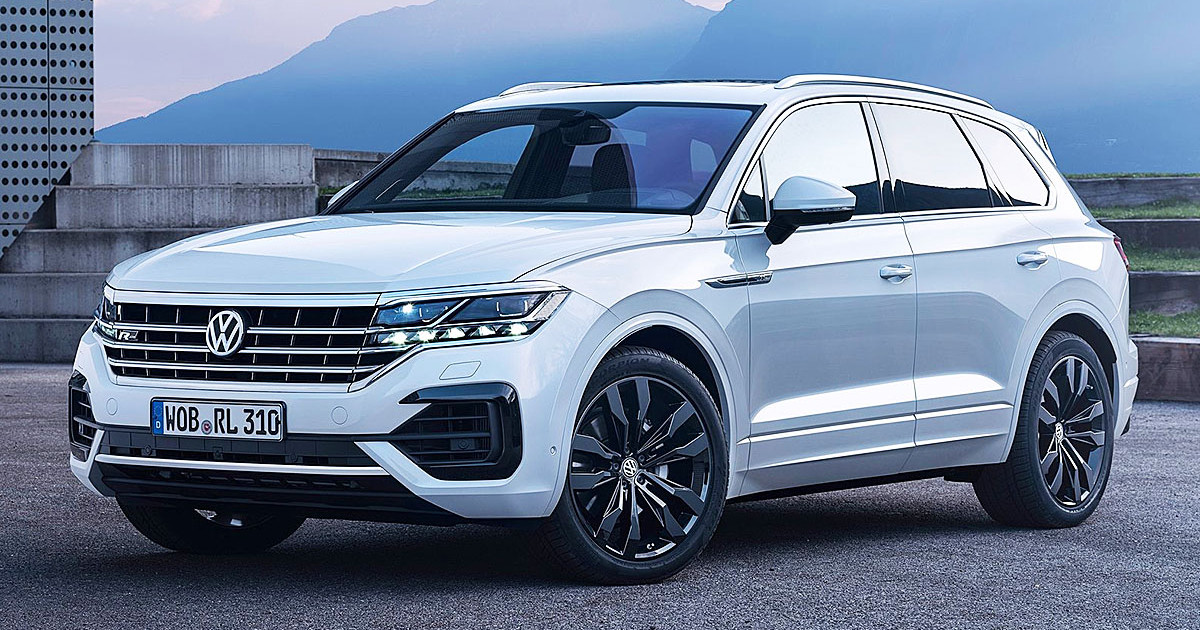 Times change, and therefore the trends and needs of drivers as well. Some other life scholars say life never ends because the challenge is renewed. A phrase that can be perfectly applied to cars and the automotive industry. The market is like that, and its face seems like it will never change, and our protagonist in the following lines knows it well.

This is the Volkswagen Touareg Facelift, the update of the third generation of the largest SUV of the Wolfsburg brand. The most recent of them appeared in 2018, so it will be five years since it came into our lives and will bring news that can give a plus to the user experience. We encourage you to continue reading if you want to know what it will offer in the coming years.

Once we have put the Volkswagen Touareg Facelift and the circumstances in which it breaks into context, it is the right time to put the magnifying glass on the five critical points that we usually influence when making our reviews: exterior design, mechanical structure, internal equipment, price and a comparison with a car that can be considered its rival in the market. to the mess

The images of the Volkswagen Touareg Facelift make it clear that its design will present a more modern appearance, in line with what the German conglomerate has recently launched on the market. In this search for modernity, we must talk about the prominence that the projectors of its headlights gain thanks to the LED rings that it “inherits” from the Tiguan, his little brother.

This implies that the diodes at the base of the headlights will be history, which translates into a commitment to a new light signature. The renovation will also affect the front bumper so that it will be equipped with new lines in the air intake, which gain size with a discreet arc in the upper area. According to the palpable camouflage through the images released, the grille appears to shrink slightly, with its lower corners unable to extend below the headlights.

The rear is also infected with that dose of extra modernity, although to a lesser extent, and that is that its novelties are limited to a graph of the lighting functions of its pilots. The bodywork will have more color options and new alloy wheels designs, affecting the sporty R-Line finish.

What does not change is the robust appearance that has always defined it, with its 4.88 meters in length, 1.98 meters in width, and 1.72 meters in height. However, it will be necessary to see if it is lighter, like the one in 2018. This was because almost half of its bodywork is made of aluminum, the same material in the undercarriage. Without a doubt, the weight will be one of the great unknowns.

On the mechanical side, diesel-powered variants will benefit from electrification from 2023 so that they will adopt MHEV (mild-hybrid) technology with 48 volts, which will translate into greater efficiency and lower fuel consumption.

PHEVs or plug-in hybrids will also change, mainly affecting battery capacity, which will see its autonomy and potential growth in electric mode. The purpose is to haggle over the new regulations for this type of car in Germany, which will stop aiding users who opt for them. In Spain, they will enjoy the Zero label of the General Directorate of Traffic (DGT) since they can circulate in electric mode for 47 kilometers.

Its electrical network can accommodate complex systems such as air suspensions, the active stabilizer bar, and the steered rear axle., which helps a lot when undertaking maneuvers in small spaces. This plays an essential role in providing an engaging driving experience for the user.

How could it be otherwise? The cabin will significantly focus on the innovations coming in the Volkswagen Touareg Facelift, although one cannot speak of a revolution. Among the shortcomings that are intended to be resolved are the following:

We will have to see where the digital instrument panel, which in 2018 contained 12 inches, and the 15″ TFT touch screen of the multimedia system, are heading. The volume of its trunk is another mystery, so it is unknown if it will gain capacity again as in its predecessor when it went from 697 to 810 liters with the rear seat raised. Presumably, that technological repertoire will be more accessible because, as standard, the instrumentation was analog in its predecessor, and the infotainment system is quite essential.

It does not seem so much of a secret that the three trim levels it offers will be maintained: Pure, Atmosphere, Elegance, and the R-Line mentioned above. The first of them used leather in the upholstery of their seats; the second was covered, to a large extent, by materials such as wood and natural tones; the third, on the other hand, bet on metal and colors related to it; while the sporty character is provided by the last of them, which in turn is the most equipped in this regard.

Since it will not go on the market until at least the first half of the year 2023, the price of the Volkswagen Touareg Facelift is also not known. However, the reference is made by his parent, who started at €67,450, excluding offers and promotions, while the R-Line lurked at €100,000 at the other end of the request. Seeing what we have said, it may be that your base appraisal increases due to that technological bonus you will receive.

5. Rival in the Market

Once we have told everything that is known about the Volkswagen Tiguan Facelift, it is time to contrast, as far as possible, its benefits with those of another of its counterparts and rivals in the market. For this time, we have chosen the BMW X5.

The great SUV of the Bavarian brand is in its fourth generation, so in 2023 our protagonist will match its life cycle and, perhaps, its development in that sense. However, this came on the market shortly after the last Touareg. The BMW X5 boasts the versatility to function on any terrain. It has in common with the one from Wolfsburg the imposing aspect of its bodywork.

The grill is an element that marks apparent differences between the two: the BMW is committed to the “double kidney.” At the same time, Volkswagen does the same with a horizontal morphology more common to see in today’s vehicles. However, let’s go to the mechanical aspect. We can see that it lacks only a plug-in hybrid variant, although it is also true that it enjoys greater autonomy in electric mode with more than 80 kilometers. The rest are combustion, gasoline, and diesel, with powers between 231 and 530 CV of power.

Its driving aids seem more complete a priori since it mainly incorporates the main ones offered by cars that have come on the market lately. However, a correct comparison can be made when you know those of the Volkswagen Touareg Facelift precisely. Among them is the emergency stop assistant, which detects if the driver cannot continue driving due to a medical emergency so that he can stop the car in his lane or on the shoulder, connect the turn signals and call the phone of emergency.

Semi-autonomous driving is another of its qualities so that the X5 can manage the steering, brake, and accelerator in certain circumstances, such as a congested traffic situation. Therefore, it is not surprising that its base and maximum price are higher than that of the Wolfsburg model, exceeding €70,000 entry fee and €100,000 top-of-the-range. However, everything seems to indicate that it will be balanced with the update of the Touareg.